Tangier airport only has three gates so even I can’t get lost.  I have no sense of direction and have been known to drive north on a motorway when my destination was south, all of eighteen miles in the wrong direction before the next exit

As I mostly travel on my own these days I am a liability in any airport with more than three gates.

I spent a week recently in Tetouan which is on the Mediterranean, combining recuperation with a family visit.

My flight back to Gatwick left at 12.30 pm so I was surprised when my taxi arrived at 7.45 am just as I was finishing breakfast in the hotel.  The receptionist translated and explained the driver had another job in Tangier so he would have to drop me off early to get to his next pick up point.

It’s about an hour over the mountains to Tangier from Tetouan, a pleasant enough journey but we arrived at the airport around 9.15 am – over three hours until my flight departure time.

The airport is relatively small. There’s not a lot to do or look at.  Check-in was swift and simple and I sat down in seating near the airport entrance people watching as all nationalities were dropped off.  There were sad farewells, hugs and tears, other’s newly arrived perhaps in search of their first taste of the north of Morocco, so different from the south of the country.

A Belgian woman who lived in Portugal spoke to me, our common language being French – she fluent and mine schoolgirl standard of many years ago.  We managed to converse, aided by our iphones, about family, and especially grandchildren.

About 10.45 am I decided I had better start going through to departures and joined the queues through customs and then security.  Do you always pick the shortest queue which turns out to take the longest time?   I usually do but I was in no hurry and allowed a middle-aged Asian woman who was anxious and obviously late for her flight to go ahead of me.

It was only as I wandered through the two Duty Free shops that I remembered I had offered to get a friend some Argan oil, but there was none in either of the shops.   There are a couple of souvenir shops past the coffee docks and I checked out one and strolled around the other asking the price of the Argan oil in each. 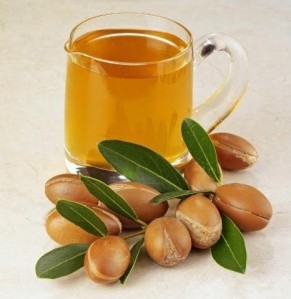 It was as I was going to the toilet that I thought I heard my name called.  I knew the Gate was number 1 for the Gatwick flight but when I looked at the gate there were airline staff there but no passengers.  It was now 11.20 am and my flight was not for another hour.  I thought I had better check at the gate before I went back to the shop to buy the Argan oil for Mary.

‘Is this the correct gate for the flight to Gatwick?’ I enquired.

‘Mrs Carol Gilbert?’ was the response.

When I nodded in the affirmative, my boarding card was whipped out of my hand and scanned and my passport hurriedly checked.  My carry on bag was taken by a young uniformed man in his one hand and his other hand grasped my elbow gently as I was ushered out on to the tarmac and directed to the waiting plane.

I hastened up the steps where again my bag was taken by one of the air hostesses who directed me to row 9 and the empty aisle seat.   Everyone on the plane looked at me, the last passenger to board  and the anxious Asian woman who I had let go ahead of me in the security queue smiled at me from a couple of rows behind. Within seconds the aircraft’s doors were closed, crew commanded to take their seats in preparation for take off and the safety video rolled out on the screens above our heads. 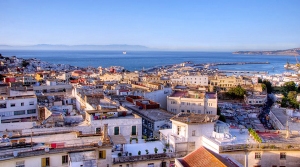 As the plane gathered speed on the runway, I couldn’t understand how I could have got the timing so wrong as my watch confirmed the time at 11.35 am.   The woman in the middle seat in full burqa asked, ‘Did you get the timing wrong too?   I thought the flight was leaving at 12.30 pm and it says so on my paperwork,’ she explained.  ‘The gate was closed when I arrived and they were not going to let me on the flight.   I only got on because I had carry on luggage and none to go in the hold!’

So be warned.  Both of us had booked our flights in British summertime, one hour ahead of the local time in Morocco.

It’s all a bit mad if you ask me, but Mary’s Argan oil will have to wait until next time, unfortunately.